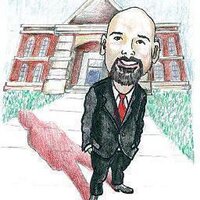 Place cursor over picture to see the titles of the presentations The Council holds "Skill Building" sessions during their bi-annual conferences. I am a frequent presenter

March 2017- Better Together: we can build, we have the technology
March 2017- learning at the speed of kids- computer sciecne, engineering and entrepreneurial leadership
March 2017- Collaboration for AIS/RTI; from teh classroom to the cloud
March 2015- Students are more than a test Score: Standards based Assessment using Electronic Portfolios
March 2013- Bursting the Bubble: Enhancing Data Driven Instruction
March 2013- Individualized Learnig with iPads: A case study with Mineola and eSpark March 2016- Keynote Address, Why we must teaching coding to everyone BOCES is our regional cooperative service organization. As such they host a variety of events that Mineola particpates.

July 2016- Keynote Address: Baseball and Teaching- It's all about the coach